I wonder if I should hand over my smartphone or not. As a result of worrying, I decided to give it, but I would like to give it in a proper form.


"Don't be crazy about your smartphone" 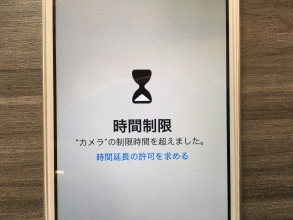 Anyway, I decided to give my iPhone to my son who becomes junior high school student. Because there is also a household budget and there are concerns over smartphone usage, we decided to let my son have a smartphone under the following conditions.


『❶ "I will not spend money on my terminal expenses.』


And what he can do with the iPhone is following....

『❹ He can find out where his family is by looking for an iPhone.』

『❻ He only listens to music for 15 minutes a day♪』


The owner of the iPhone is the parent, and the child borrows the iPhone from the parent. It is a setting to get important. Do not listen to music while you are on the train or studying, only during breaks. Do charging your iPhone in the living room where the parents is. Be flexible when my sister wants to use it. And so on, I set a lot of rules. And the penalty of confiscation if the rules can not be observed. If you lose or destroy a terminal, he promises to pay for it with your own pocket money.


Well, it is correspondence to the above-mentioned ❶-❻.

❶ I will not spend money on smartphone terminal costs. 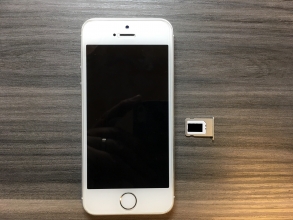 In order to do that, we will use the old iPhone. I took advantage of docomo's iPhone SE, which was discontinued on my wife's model change ♪ And then use it with cheap SIM. 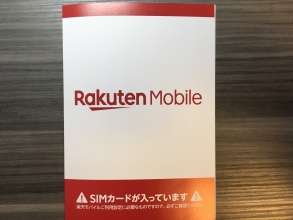 
Recommendation is a basic plan of Rakuten Mobile!

By the way, SIM card of iPhoneSE is nanoSIM ♪ 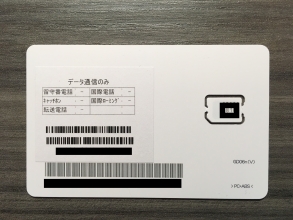 By the way, Rakuten Mobile's Basic Plan is super slow with a communication speed of up to 200 kbps. But if you think you can't do anything at this speed, you can make calls, chat and listen to music without problems with Skype ♪ I do not let my son use net surf with Safari and youtube videos, but we can use as function of Rakuten Mobile's Basic Plan.
Of course, we can also use LINE♪ 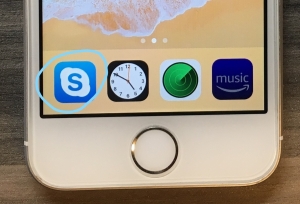 The reason why we use Skype is for the purpose of keeping in touch with our family. He can use the the most popular LINE, but it is anxious that connecting too much to the surroundings if he uses LINE, so at first he is going to start a small social network with your family on Skype.

❹ He can find out where his family is by looking for an iPhone.


As a junior high school student, he often acts alone. Parents may want to know where their children are and their children may also be relieved by knowing their parent's location ♪ By using the family sharing function, the parent's Apple ID and the child's Apple ID are linked Therefore, it becomes possible to share the position of each other. 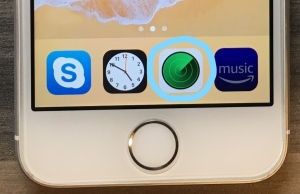 ❺ He has no camera, safari, photos, games etc. 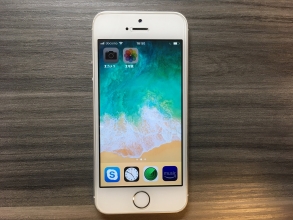 After completely limiting the functions, iPhone home screen is like follows. It's so simple. There are icons for "Camera", "Photos" and "amazon Music", but their use is restricted and can not be used by children.

If the icon is also slightly dark and the hourglass is also displayed, it means that the usage is restricted. 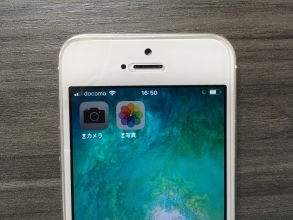 If you tap this time-limited icon ... a message will appear. Tap "Request permission for time extension" ...

You will be prompted for a screen passcode. This will be your parent code. It will be a 4-digit number different from the normal pass code. 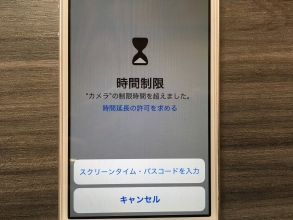 When you enter a screen passcode 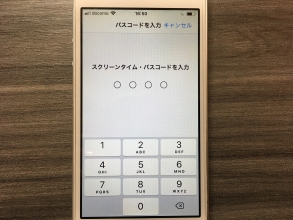 You can choose the time to use. You can use the camera function with limited use time, such as when you are going out in parent and child ♪ 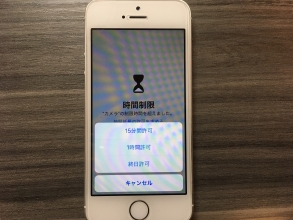 ❻ He only listens to music for 15 minutes a day 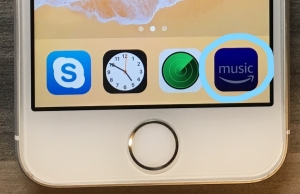 As a junior high school student, he is interested in music and he wants to listen to music. Because he had a smart phone, I tried to let him use only "amazon music" as a little fun function ♪

But we set time limit not to become smartphone poisoning, smartphone addiction. It was decided to use only 15 minutes a day. After 15 minutes, the time limit screen will be displayed automatically and will be unavailable. For each app, you can set the time for each day of the week. This is a very effective feature ♪

「You can not delete apps, install apps, set up billing, and configure iPhone settings」

The setting of the screen time for that is as follows. It is necessary to set many items. 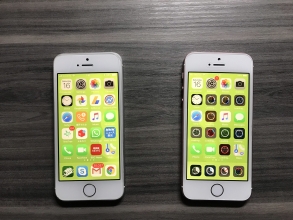 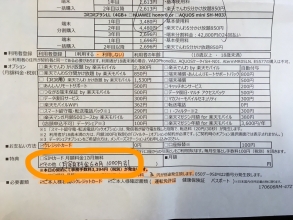 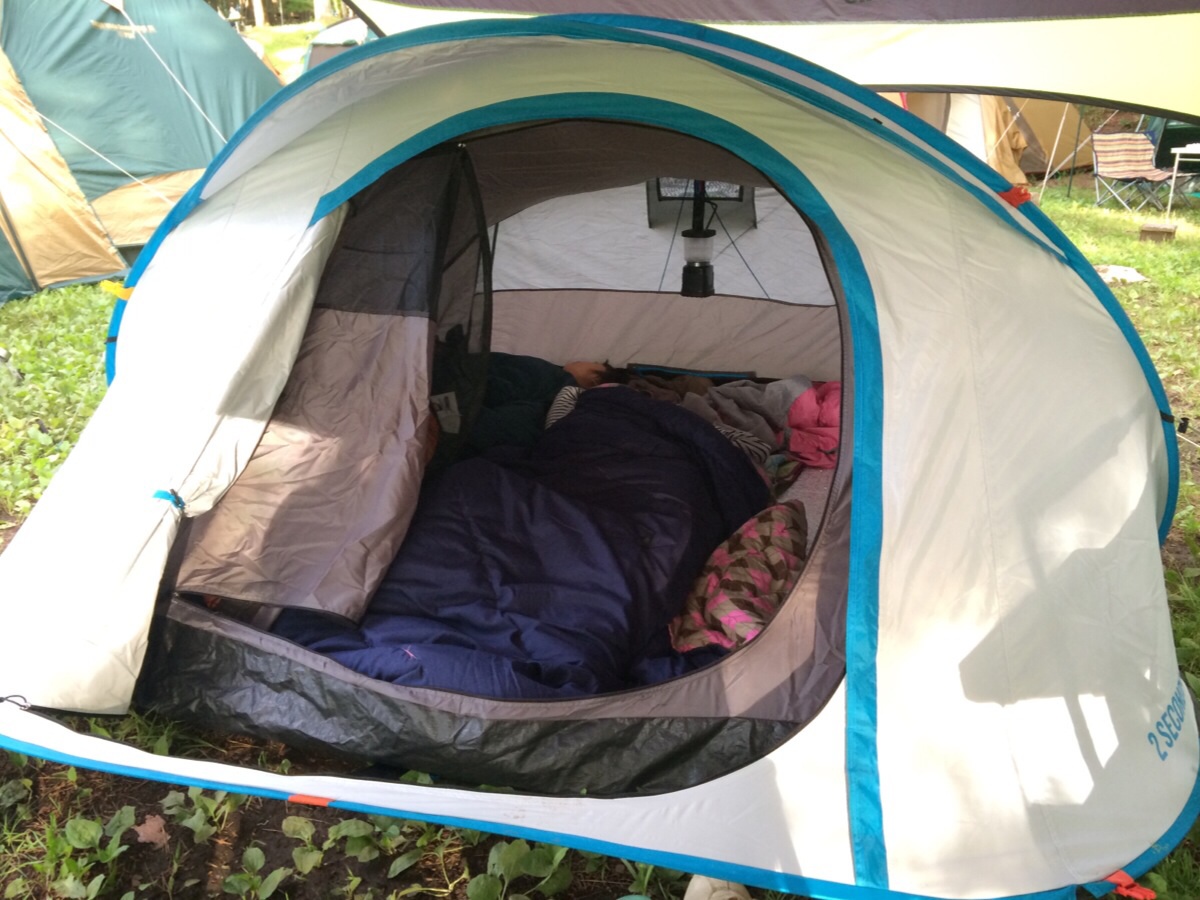 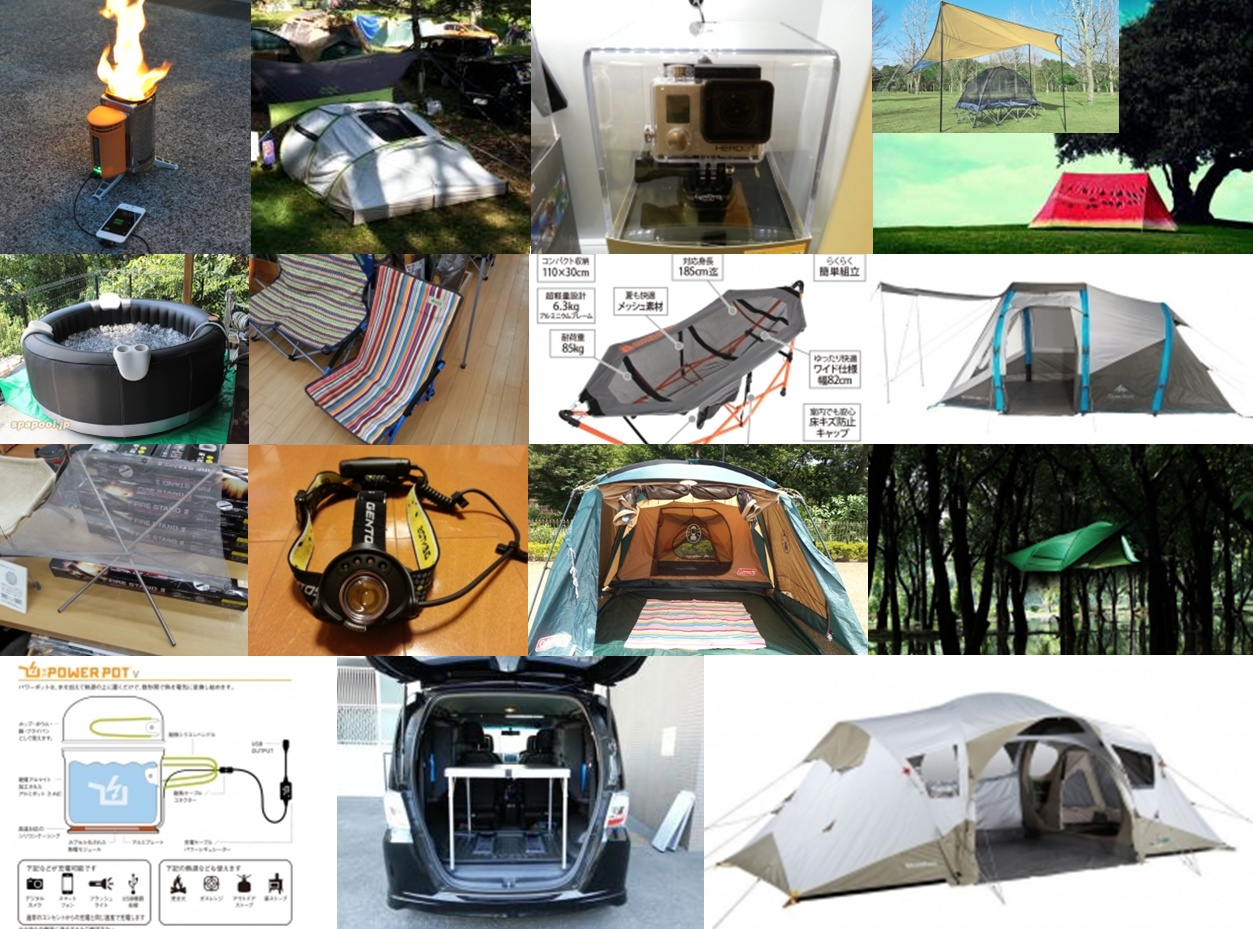 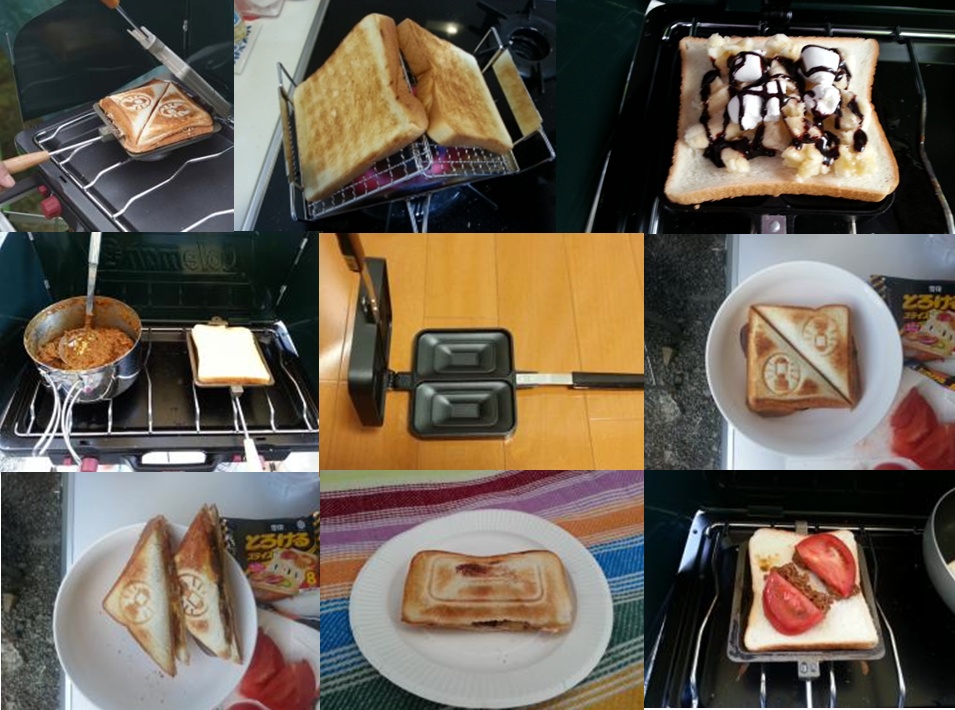 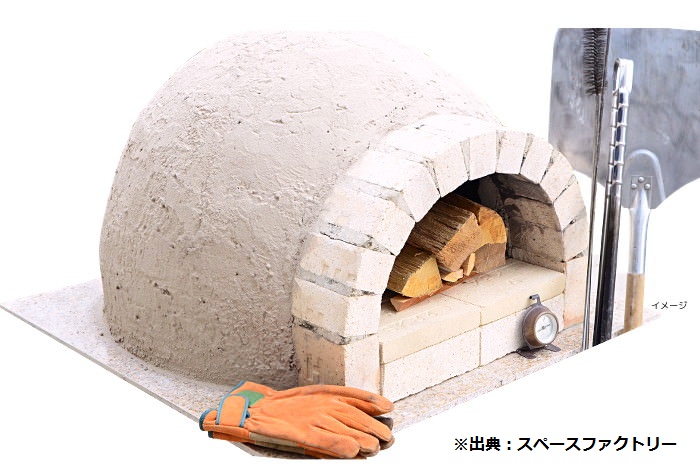 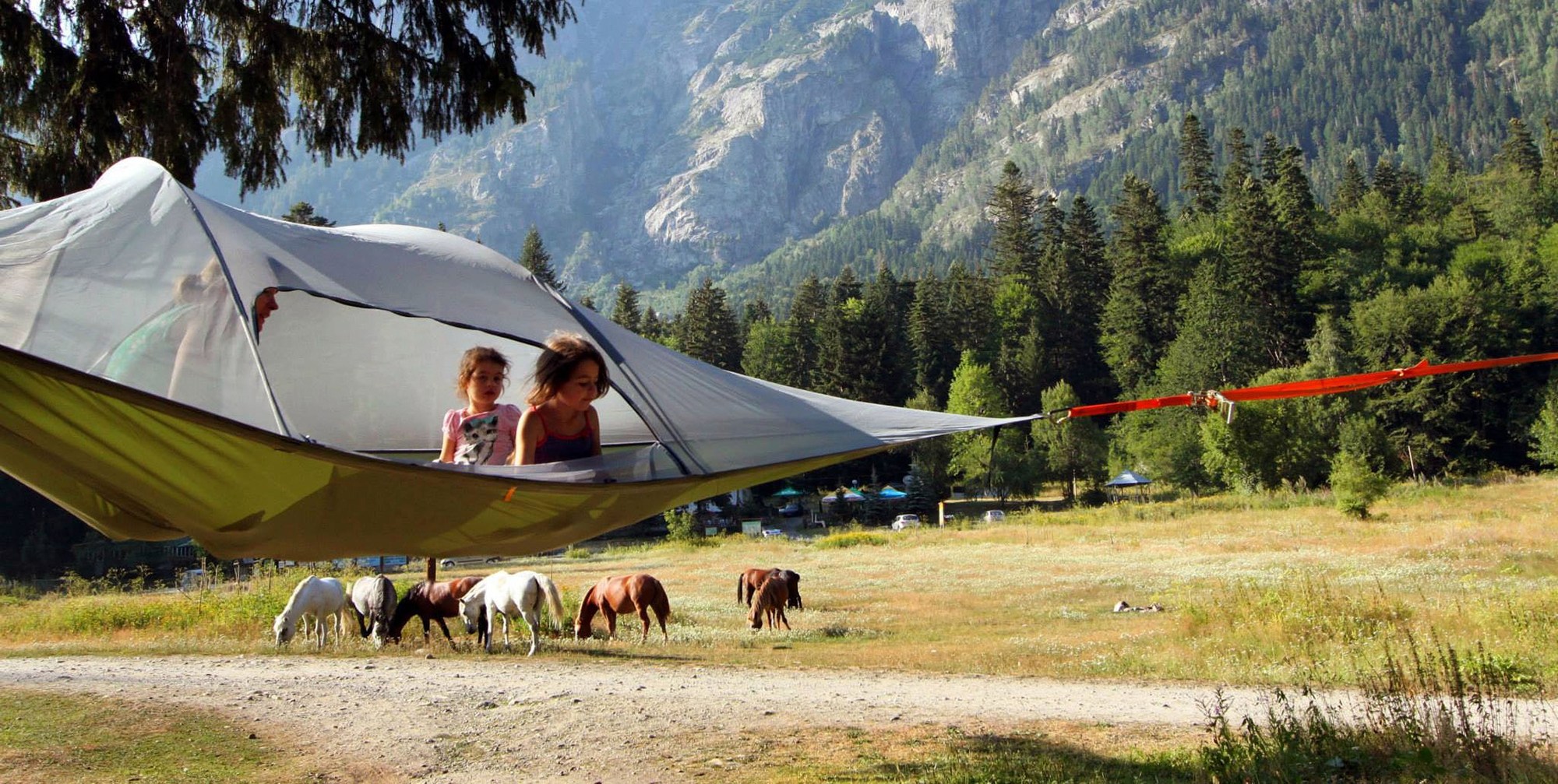 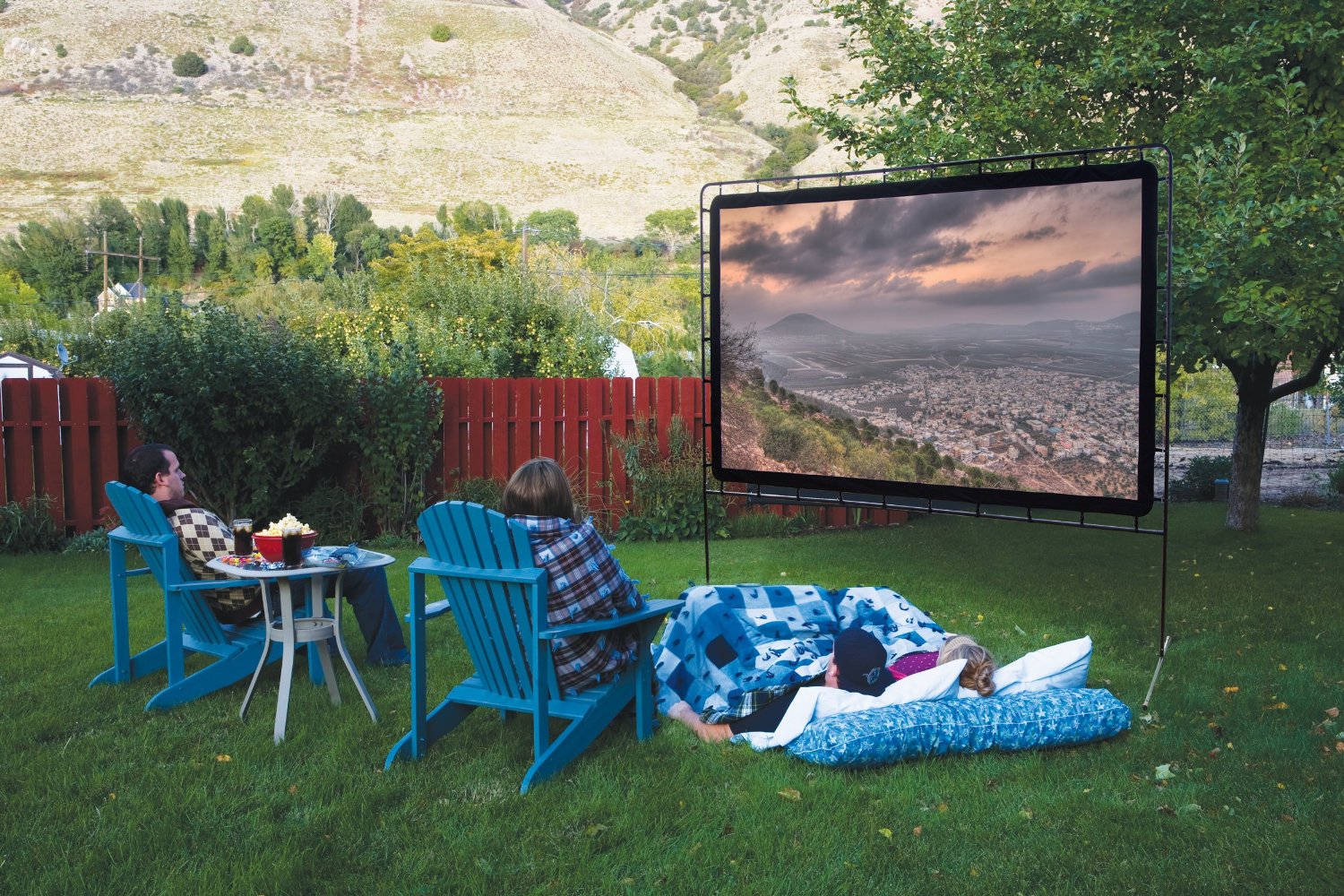 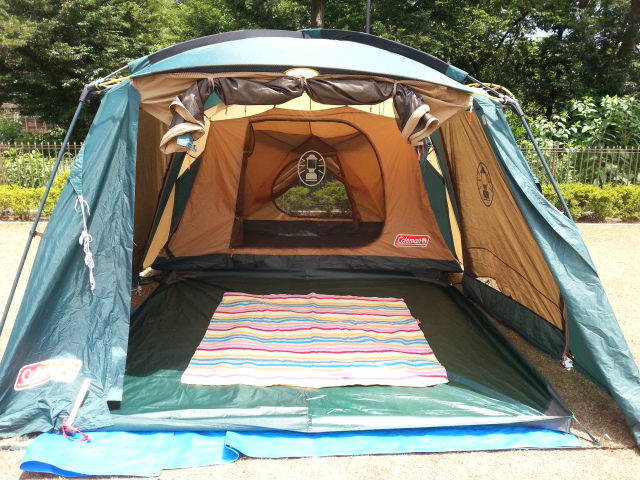 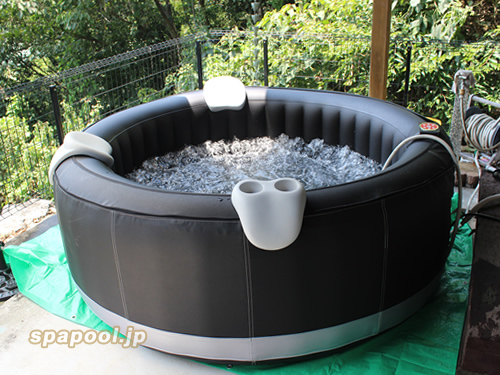 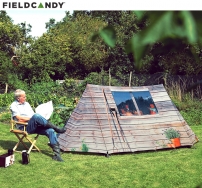 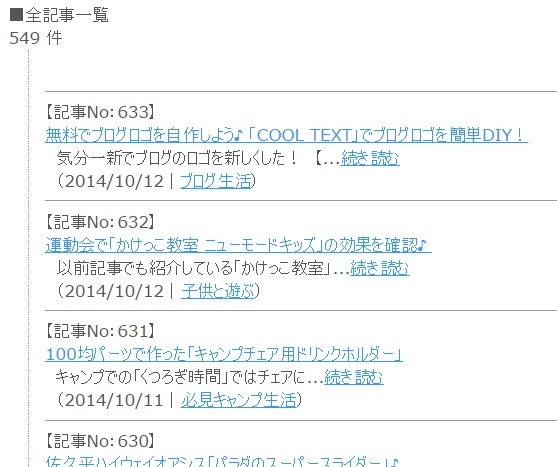